* Note: THIS PAGE HAS CENTRAL FICTION SPOILERS! I try to cover all the important Arcade story events. Like the Guilty Gear Xrd games (and unlike previous BlazBlue games), the arcade mode contains the first part of the story. I find Arcade mode pretty tedious to play. I'm hoping to jump straight into story mode myself. So I just read spoilers on dustloop and summarized it here. *

A brief synposis of some character story modes

Ragna: Not an Entitled. Wishes for his time back at the church. Decides to become everyone's enemies and deny their wishes.

Noel: She has to avoid a bunch of Entitled seeking to kill her. When she finds Terumi, he wants to know what she saw when she was swallowed by the beserk Ragna. She says she refuses to merge with Mu and get her memories back.

Izanami: Izanami's vessel, Saya, has the ability to infinitely amplify Seithr. Confirms that Izanami is a Drive. Izanami says that it's interesting that she has a desire. And that desire is to grant death to this world filled with pre-established harmony.

Nine: After a battle with Relius, Nine says that there is a god that constructs the world and that Nine's goal is to place a god that isn't being influenced by feelings. Relius and Nine still seem to be working together to destroy the Master Unit. Her wish is not revealed in arcade.

Celica: Wants the world to be peaceful. She confronts Nine about Nine's plan to destroy the world. Celica tells Nine to leave the world's problems up to Ragna instead.

Relius: Wanders around trying to find the souls he needs for creating a new Universe. His goal is to be the architect of a new reality with Ignis as the new Master Unit. Valkenhayn encounters him and learns his plans. It's restablished that they were once Immortal Breakers together.

Terumi: Trying to stay alive after Hakumen's attack in CP. Eventually finds Clavis's coffin in the Embryo and obtains the Hihiirokane (the weapon from the Age of Origin that can cut souls) from it.

Amane: Says Ragna is still alive thanks to 'that child' (probably referring to Mu.) Says Tsubaki has the Power of Order. Leaves Tsubaki to Kokonoe. Tells Hakumen there's a way to save the world without killing Noel. Tells Rachel he wants to use Noel and Tsubaki's power to reopen Nemesis Horizon and seal/send back the Master Unit. Rachel says there's a scary gatekeeper at the gate to the boundary line of the Azure. She worries: If an empty Amaterasu Unit is sent passed the gate, the world might not be Observed and disappear. Amane says he has a replacement Observer prepared.

Rachel: Heavily weakened since Chrono Phantasma, pretty much the weakest of the main players now. Hakumen agrees to let Rachel try to resolve things for a little while before he continues with his plan to kill Noel. Rachel tells Ragna to avoid Naoto. Rachel meets Noel and learns Noel split herself in two. She encourages Noel to make herself whole again. Rachel fights Terumi, but needs to be saved by Jubei. Jubei says Trinity is on the move.

Naoto: Wishes to find Raquel. He eventually gets a vision from her where she tells him to save this world in order to save their world. Their world is a possibility that resulted from this world. Relius and Valkenhayn recognize Naoto, but remember he was killed by Clavis. Naoto recognizes Hazama, but Hazama does not recongize him. Several people in the world remind him of people in his world.

Lambda: Powerful and behaving outside of Kokonoe's expectations. Her goal is to protect Ragna. She comes from outside the Embryo and can see Terumi's spiritual form. She gets briefly captured by Relius, who wants to use her because "Mu and Nu are unusable." He wants to fixate Nu's soul on Lambda, but is currently unable.

Mu: Was made a separate being from Noel. She spends her time looking around for Noel. When Mu finds Noel, Noel rejects her and Izanami shows up.

Kokonoe: Wishes to kill Terumi. Is told that Noel is the Master Unit's core and that Noel has cut off her Kusanagi abilities. Tries to figure out Nine's goal and tells Nine to stop trying to live in the past. Kokonoe finds Noel and promises to protect her from Nine.

Kagura: Trying to protect Noel. Kokonoe and Kagura team up to kill "a god."

Bang: Wishes that Tenjou was alive. He doesn't try to kill Noel, he protects the Rettenjo from Carl and Litchi.

Makoto: Wishes to protect her friends. She learns she's of the Power of Order.

Tager: Wishes to be with his unit. Tager collects Bolverk and gives Noel to Makoto.

Tsubaki: Wishes for Jin to lead the world. Protects Noel from Jin with her life on the line. Jin won't hurt Tsubaki though.

Valkenhayn: Wants to protect Rachel and starts to consider breaking her orders to do so. Hazama manipulates Valkenhayn into trying to kill Amane under the idea that if the current Onlooker is killed, the world might be forced to save Rachel so she can fill the role.

Bullet: Learns that Tager was her commander, but specifically asked Kokonoe to keep it a secret from Bullet.

Taokaka: Hahahahahaha. Wishes her village stays happy. She's irrelevant to the plot. She protects Noel a bit in her story.

Nu: Wishes for a True Merge with Ragna. Nine convinces her to collect all the Nox. Nu is somehow very powerful. She almost kills Mu, but Ragna jumps in.

Hakumen: Wishes to destroy Izanami. Nine says Hakumen can't kill Izanami, it must be a current Entitled. Hakumen thinks the only way to evade Doomsday is to kill Noel. He realizes he can't do it himself, so seeks out Izayoi. Rachel orders Valkenhayn to stop Hakumen. Valkenhayn asks if Hakumen wants to torture Tsubaki again. In Rachel's story mode, she convinces Hakumen to hold off from killing Noel so that Rachel can try her plan.

Jin: Wishes for a world without gods. Jin didn't lose any memories due to the Power of Order. Trinity is currently sealed in Yukianesa and Jin is actively working with her. Jin refuses to work with Hakumen, who intends to sacrifice Tsubaki to kill Izanami. Instead, he's trying to seal Noel in the Lynchpin in order to kill Izanami without sacrificing Tsubaki.

Azrael: Punched his way out of his dimensional prison. Allies with Izanami for a chance to fight "the gods." When he beats Terumi, he asks where the Master Unit came from. Cliffhanger before the response.

Hibiki: He says his wish is to make Kagura's dream come true, but lots of other people say he just wants to kill Kagura and continue being an assassin.

Platinum: Wishes to separate into Luna and Sena and live happily with Jubei. Without Trinity, Platinum's existance is unstable. Jin uses the Power of Order to stabilize their existence and then they use the Muchourin to create a body for Trinity.

Arakune: Wishes to become a true Black Beast. It seems that Relius is manipulating Arakune to use as a Black beast.

Carl: Wishes to revive Ada. He is becoming more and more like Relius and seeing people only as souls. Amane no longer cares about him. Nirvana protects Noel from Carl.

Litchi: Still trying to save Arakune. In one story, she's trying to learn to fixate Roy's soul. In one ending, she learns Roy's soul is in Lao Jiu. In another ending, Roy tells her he's doing what he wants so she shouldn't save him and then wipes her memories. 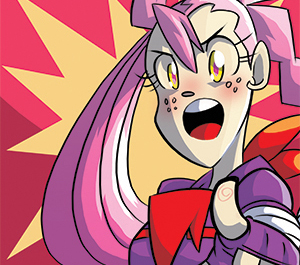